Richmond just finished a four week run of his play DESIGNER GENES in New York. He now goes to Derry, Ireland, to teach a three week workshop in Improvised Comedy and then a performance at The Playhouse, and at the end of that stint he will perform in and direct DESIGNERE GENES with a cast of Derry actors.

In this play, an old abstract painter, his corporate lawyer son, and a beautiful female Art journalist find the magic that exists in both relationships and Art.

During the past several years, Richmond has cast and built Mime troupes of from six to twelve performers in Jakarta, Indonesia, Los Angeles, New York, and Derry, Ireland, and after teaching them his Mime show, performed with them in theatres using local musicians as accompaniment. He also did his Standup Mime act in cabarets in Berlin in the summer of 2003.

Richmond reconstituted his highly acclaimed Improv Comedy troupe NOO YAWK TAWK in 2003, and they have bee performing steadily in theatres and night clubs in New York. Spring of 2004 he went back to Derry, gave Improv workshops, and created a performing troupe, YES, DERRY, and performed with them.

Is available for sale in several esoteric book shops or directly from Richmond ($22 including postage). From the back cover : HYPHEN is a collection of stories, fables, insights, drawings, personal history, and adventures in the realm of the Spiritual by Richmond Shepard, Mime, Theatre and Film Director, Professor, and forty year traveler on the Spiritual Path, whose insights into Life and Death, Worship & Prayer, Miracles and Transformation, have been widely published

Richmond’s paintings, which critics have called “Abstract Animation” and “Painted Jazz,” and which have had gallery showings in several cities, can bee seen in New York. Richmond has used reproduction of several in HYPHEN. 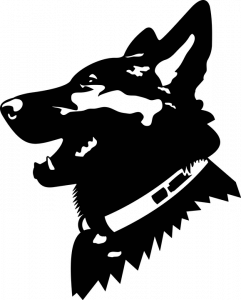